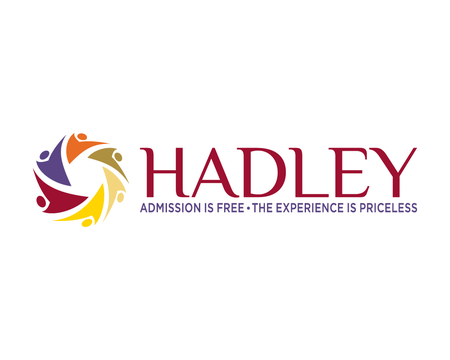 Home
About
Get There
Tickets

By Hadley Presents (other events)

At the advice of the CDC concerning large gatherings and for the health & safety of our community, Hadley will be postponing the Imitable Winston Churchill Lecture by Dr. Elliot Engel. Originally scheduled for Sunday, March 22nd, we will be looking to reschedule. As circumstances can quickly change, we thank you for your patience as we determine a preferable date.

Feel free to check Hadleypresents.org or our Facebook page for updates.
If you have any questions, please feel free to email us at [email protected] or call (610) 696-0501.

Thank you for your support.

What People Are Saying About Professor Engel:
"With each spoken word, Dr. Elliot Engel brings literature and history to life. He is not only an academic, he is an artist. For those unfamiliar with his work, do yourself a favor and get a few CDs. You will learn a lot -- and you will laugh a lot. And when you go to parties, you will seem a lot smarter than you actually are. God knows it worked for me."
-Stephen Chbosky, author of The Perks of Being a Wallflower, screenwriter of the 2017 live movie version of "Beauty and the Beast", and director/co-writer of the hit movie "WONDER"

"Professor Elliot Engel is quite possibly the most insightful, personable, and entertaining academic lecturer to come out of academia in the last fifty years. His witty, engaging speaking style imparts hard, factual information while leaving his audiences virtually spellbound punctuated by periods of laughter and flashes of insight."
-Wisconsin Bookwatch

Dr. Engel has written ten books published in England, Japan, Turkey, and the United States. His mini-lecture series on Charles Dickens ran on PBS television stations around the country. His articles have appeared in numerous newspapers and national magazines including Newsweek. He has lectured throughout the United States and on all the continents including Antarctica. Four plays which he has written have been produced during the last ten years. In 2009, he was inducted into the Royal Society of Arts in England for his academic work and service in promoting Charles Dickens.

For his scholarship and teaching, Dr. Engel has received North Carolina’s Adult Education Award, North Carolina State’s Alumni Professorship, and the Victorian Society’s Award of Merit.  Most recently, he was named Tar Heel of the Week for his thirty years of delivering public programs in the humanities and sponsoring state and national literary contests for high school students.

Since 1980, Dr. Engel has been President of the Dickens Fellowship of North Carolina, the largest branch of this worldwide network of clubs. The sales of Dr. Engel’s books, CDs, and DVDs have raised funds for The Great Ormond Street Children’s Hospital which Dickens helped found in London in 1852.

Professor Engel continues to teach outside the classroom and give literary and historical programs throughout the world. He also presents assemblies at elementary, middle, and high schools, and his educational CDs & DVDs are used in classrooms around the country. In his spare time, he likes to imagine all the impressive hobbies and leisure pursuits he could mention here --- if he ever actually would find enough spare time to indulge in them.

other events by this organization